​
For years, Uber drivers across the globe have been fighting for a legal determination that they are employees of the company. The company has fought this classification and argues that they are independent contractors. Why? Because employees have many legal rights and protections that independent contractors do not, and cost employers a lot more money.

The classification of independent contractor versus an employee makes a world of difference. Employees are entitled to minimum wage and overtime, to breaks, to paid leave, and to insurance. And significantly, employees are also protected by worker’s compensation coverage and by strong anti-discrimination laws.

In 2010, the Ninth Circuit Court of Appeals considered this employer tactic in Narayan v. EGL, INC, 616 F. 3d 895. In Narayan, freight pick-up and delivery workers were fighting their classification as independent contractors. They argued that the nature of the relationship between the company and the workers fell within the factors that indicated they were employees. In response, the company stated that it had its workers sign a “Leased Equipment and Independent Contractor Services Agreement”. The company effectively claimed that the workers waived their ability to be considered employees based on this agreement.

The California Supreme Court has held that several of the factors that a court can consider when determining whether an employer-employee relationship exists are:

In this case, the Ninth Circuit Court sided with the workers and determined that the nature of the relationship established an employer-employee relationship. So even if an employer makes a worker sign an improper “independent contractor services agreement”, that worker may still be entitled to legal protections as an employee. 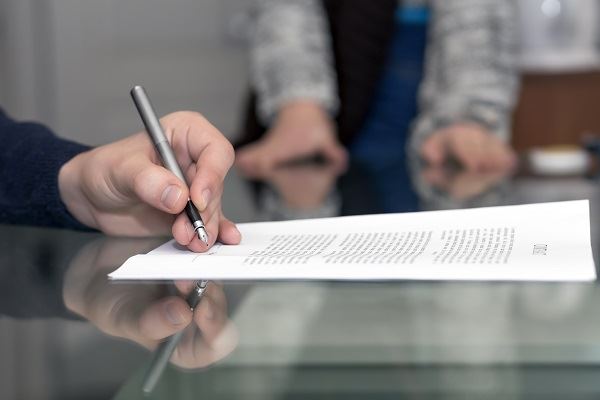 Just because an employer fooled you into signing a “independent contractor agreement” does not mean that you are one. At Moss Bollinger, we believe that you legal rights are worth fighting for. If you believe that you are being improperly classified as an independent contractor, contact us. We understand the law and the factors that establish an employer-employee relationship. We can help you determine whether your employer is treating you improperly. We don’t charge any fees up front and are paid on a contingency basis. Call Moss Bollinger at (866) 535-2994, or contact us online.