Veterans who serve our country with honor do not deserve to get ripped off. Unfortunately, since World War II, there has been a disturbing trend in for-profit colleges seeing uniformed service members as a source of easy money. This is because the G.I. Bill, created after the second World War, was established to provide tuition to veterans so they can get a college education. For-profit colleges have a special incentive to target veterans due to a loophole in the law, referred to as the 90/10 rule, which allows them to get significantly more Federal money per veteran student than they do for non-military students. Some proposed laws in Congress are being considered to protect our veterans.

Inspired by the closure of massive for-profit college ITT, Congressman Luke Messer has offered House Bill 1216, titled the Protecting Veterans from School Closures Act. When ITT closed, it left over 7,000 veterans without their earned G.I. Bill benefits, which they had used to pay for their expensive ITT tuition. In the nine months since the closure, veterans have not been able to reinstate their lost benefits. Many veterans have been forced to restart college from scratch, or were left unable to afford another college. The proposed bill would reinstate lost G.I. benefits if the college that the veteran attends shuts its doors.

Congressman Messer said that “Our veterans count on their GI Bill education benefits to earn a degree and find a good job after serving our country,” “Through no fault of their own, veteran students at ITT Tech lost this opportunity. These vets deserve our support and a path forward to complete their education.”

“I’m looking at not having the benefits I thought I would have when I started my college journey. I’m worried about how I will afford it, especially after just getting married and with hopes of starting a family. A majority of people I went to school with at ITT were veterans, and I’m sure they’re all hurting pretty bad.”

Since 2008, attorneys Ari Moss and Jeremy Bollinger have fought for consumers against abuses by for-profit colleges. Let us help you. If you attended DeVry between 2006 and 2016, and used your hard-earned G.I. benefits, DeVry may owe you money. Call Moss Bollinger today at (866) 535-2994 for a free consultation or reach us online. 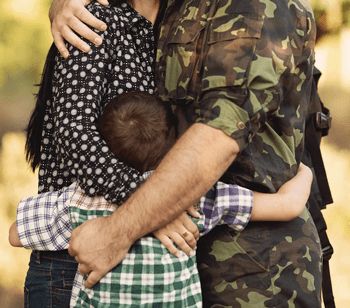