During the end of President Obama’s administration, the financial outlook was bleak for the for-profit college sector. This is because of increased regulation by the Department of Education, which was attempting to curb false advertising and predatory lending by for-profit colleges and student loan companies. In fact, massive companies like ITT and Corinthian College went out of business, while University of Phoenix went private due to the increased regulatory climate and dwindling enrollment numbers.LONG BEACH, CA/USA - MARCH 19, 2016: DeVry University exterior and logo. DeVry University is a for-profit higher education organization.

The future also seemed bleak for DeVry University, which had faced years of litigation regarding allegations of false advertising and a Federal lawsuit filed by the FTC. In fact, DeVry had just reached a $100 million settlement with the FTC and agreed to not engage in misleading advertising. The college, it seemed, was attempting to move forward into an unknown future.

Under President Trump, for profit colleges have seen a historic resurgence. This is in no small part due to Secretary of Education DeVos’ and President Trump’s commitment to roll back President Obama’s regulations and to allow for-profit colleges to go unchecked. As a result, publicly traded for-profit colleges, such as Career Education, Grand Canyon University, and Strayer University have seen their stock prices rocket upward beyond the market index. Significantly, DeVry has seen its stock price increase by more than sixty percent since the elections, a historic rise.

What accounts for this rise? The perception of decreased regulation. Under Obama, many for-profit colleges believed that they were being targeted due to their disproportionately high student loan default rates. This regulation and the bad publicity of lawsuits alleging inflated job placement statistics were resulting in lower stock prices. For-profit colleges were going out of business and the prospect of Hillary Clinton as president did not improve their long-term outlook.

The surprise election of President Trump obviously changed these perceptions, as shown by the historic market rises across the for-profit college landscape. There has been new-found attention and positive focus by stock market analysts, despite that enrollment numbers have not dramatically improved. With each action by Secretary DeVos to loosen regulations, like the gainful employment rule, DeVry is seeing a new day.

DeVry May Owe You More Money

If you were a DeVry student in the last ten years, you may have already received settlement money from the FTC lawsuit. Despite this, did you know that you may be entitled to additional money? Moss Bollinger has been actively helping students reach settlements with DeVry and may be able to help you too. We collect no up front payment and do not get paid until you do. Call us today at (866) 535-2994 for a free consultation or reach us online. 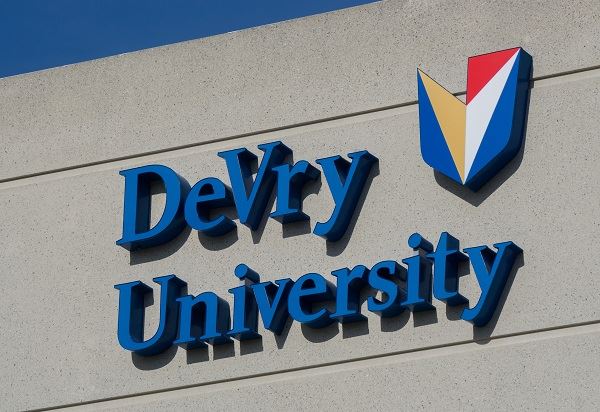