Were you ripped off by Corinthian College? Were you promised a great education and better job prospects, yet left with nothing but a massive student loan when the college shut down and went into bankruptcy? Unfortunately, you are just one of tens of thousands of students who was defrauded by the for-profit college. But in some rare positive news, you may be entitled to some relief in the form of student loan forgiveness.

In March 2016, Corinthian College, which operated Everest College, Heald College, and Wyotech in California, was found liable for defrauding its students. In the $1.1 billion judgment, the college was found to have:

The California Attorney General at the time, Kamala Harris, categorized Corinthian College’s conduct as a “predatory scheme” aimed at low income students. Unfortunately for students, the massive judgment was largely symbolic, as the college had previously declared bankruptcy and only reported assets of $19 million. This left students with massive outstanding loans, and few options for relief.

You May Be Eligible for Debt Cancellation

Earlier this month, current California Attorney General, Xavier Becerra, announced efforts to inform up to 38,000 California residents who had attended one of Corinthian’s Colleges that they could apply for some needed relief. This would come in the form of federal student loan cancellation for eligible former students. To be eligible, a former student who believes that they were harmed by false job statistics, misrepresentations by the college, or induced into expensive student loans must submit an application to the Department of Education.

In his announcement, Attorney General Becerra stated that “While students pursued higher education, this so-called educational institution preyed on their aspirations and tried to steal their American Dream.” He further explained that “For-profit colleges must be held accountable. This outreach program aims to connect with all affected students and help them cancel their student loans. I will continue working to ensure that all those who seek higher education can do so without having to worry about greedy for-profit schools.” While this debt cancellation does little to repay students for the harm that Corinthian College inflicted on them, it is still a positive step.

If you have live in California and have been induced into taking on a huge student loan from a for-profit college like DeVry, call the attorneys at Moss Bollinger. We may be able to help you. Unlike Corinthian College students, former DeVry students may still be entitled to relief. This is true even if you accepted FTC settlement money. Moss Bollinger will nothing up front and only gets paid if you do. Call us at 866-(866) 535-2994 or schedule a consultation online. 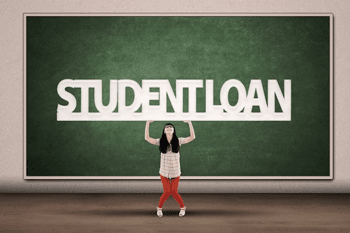