“Every person employed in any occupation of labor is entitled to one day’s rest therefrom in seven.” – California Labor Code 551.

That sounds simple enough, right? That EVERY person in ANY occupation is entitled to one day off in seven. In fact, Labor Code 552 further elaborates that “No employer of labor shall cause his employees to work more than six days in seven.” And Labor Code 553 makes any violation of an employee’s right to a day’s rest a misdemeanor crime. Unfortunately, some employers have looked for every possible loophole to get around these laws.

The issues that the Supreme Court had to clarify were: (1) whether the law means a “workweek” or whether it means seven consecutive days; (2) whether employees are entitled to a day of rest when they work less than six hours on any given day; and (3) the meaning of “cause” under section 552.

Seven Days Applies to a Workweek

In answering the question of a workweek versus seven consecutive days, the Court concluded that “sections 551 and 552, fairly read in light of all the available evidence, are most naturally read to ensure employees at least one day of rest during each week, rather than one day in every seven on a rolling basis.” Therefore, the Court adopted section 551 to apply to the workweek.

Labor Code 556 creates a limitation that “Sections 551 and 552 shall not apply to any employer or employee when the total hours of employment do not exceed 30 hours in any week or six hours in any one day thereof.” Nordstrom argued that this limitation becomes effective and exempts an employer from Sections 551 and 552 if an employee works six or less hours on any day.

The Court wisely rejected this argument, stating that “If a single day of six hours or less were enough to eliminate seventh-day-rest protection, an employee could be required to work, for instance, six straight eight-hour days, followed by a single six-hour day, followed by six eight-hour days, followed by a six-hour day, ad infinitum.” Effectively, Nordstrom was asking for a “radical” interpretation of the law that would allow employers to make employees work one shortened day a week as a loophole in order to never give employees a day off.

An Employer Cannot Encourage Employees to Forego Their Day of Rest

Finally, the Court addressed the meaning of the word “cause” in the law that “No employer of labor shall cause his employees to work more than six days in seven.” The Court basically split the middle and concluded that an employer must inform employees of their day of rest, but then “cannot affirmatively seek to motivate an employee’s forsaking rest, but neither need it act to prevent such forsaking.” 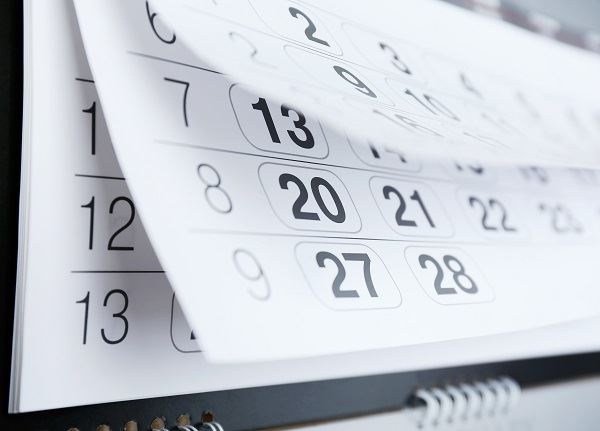 If you work more than thirty hours per week in California, you are likely entitled to a day off every week. If your employer is not allowing you this day of rest, you should contact an attorney to enforce your legal rights. You need an attorney who understands the law and can bring its full weight to bear on illegal employment decisions. Let us help you. We don’t charge any fees up front and only get paid if you do. Call Moss Bollinger at (866) 535-2994, or contact us online.